©
This plan was created by another user. Make it your plan
Edit start date
Want to change plan duration? 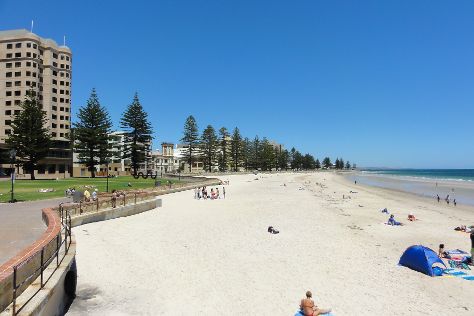 The oldest European settlement on South Australia's mainland, Glenelg is named after a former Secretary of State for War and the Colonies, Lord Glenelg.

If you are flying in from Italy, the closest major aiport is Adelaide International Airport. In December, daytime highs in Glenelg are 30°C, while nighttime lows are 17°C. Cap off your sightseeing on the 20th (Mon) early enough to travel back home.
more less

Things to do in Glenelg