Plan created by another user.Make it yours
Edit start date
Want to change plan duration?

©
Dobšiná is a town in the Slovenské rudohorie mountains in Slovakia, on the Slaná River, north-west of Košice.GeographyIt is situated between Revúcka vrchovina and Volovské vrchy in the Carpathians, and lies to the south of the beautiful Stratená valley, watered by the river Hnilec, and enclosed on all sides by mountains. Start off your visit on the 18th (Fri): explore the fascinating underground world of Dobsinska Ice Cave, take in the views from Chmarossky viadukt, thenpause for some serene contemplation at Evanjelicky kostol, and finally take in the architecture and atmosphere at Gothic Evangelical Church.

To find more things to do, photos, reviews, and other tourist information, use the Dobsina trip planning site.

Tel Aviv, Israel to Dobsina is an approximately 12.5-hour combination of flight and car. The time zone changes from Israel Standard Time to Central European Standard Time, which is usually a -1 hour difference. Traveling from Tel Aviv in September, expect Dobsina to be cooler, temps between 21°C and 7°C. Finish your sightseeing early on the 18th (Fri) to allow enough time to drive to Liptovsky Mikulas.
more less

Things to do in Dobsina 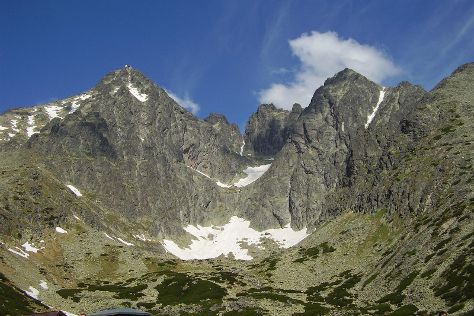 A town in the Liptov Basin near the Tatra Mountains, Liptovsky Mikulas boasts a rich cultural and natural history.

Do some cultural sightseeing at Open-air Museum of Liptov Village in Pribylina and German Military Cemetery Vazec. Escape the urban bustle at Strbske Pleso Lake and Demanovska Ice Cave. Venture out of the city with trips to Tatras National Park (in Tatranska Lomnica), Vysoke Tatry (Gerlachovsky Stit, Lomnicky Peak, &more) and Waterfall Skok (in Stary Smokovec). Next up on the itinerary: Head underground at Demanovska Cave of Liberty, have some family-friendly fun at Galeria Ilusia, get outside with Predne Solisko, and explore the engaging exhibits at Basement under Tower.

Getting from Dobsina to Liptovsky Mikulas by car takes about 1.5 hours. September in Liptovsky Mikulas sees daily highs of 21°C and lows of 7°C at night. Finish your sightseeing early on the 22nd (Tue) so you can drive to Terchova.
more less

Things to do in Liptovsky Mikulas 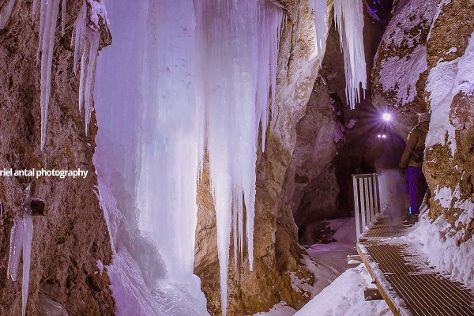 ©
Terchová is a large village and municipality in the Malá Fatra mountains in the Žilina District in the Žilina Region of northern Slovakia.HistoryThe village was established in 1580, but the area was inhabited even before its establishment. Satisfy your inner culture vulture at Strecno Castle and Hrad Lietava. Explore hidden gems such as Janosikove Diery and SuLovsky hrad. Get out of town with these interesting Terchova side-trips: Uhrovec Castle (in Uhrovske Podhradie) and SNM - Bojnice Castle Museum (in Bojnice). Next up on the itinerary: explore the wealth of natural beauty at Veľký Rozsutec, take an in-depth tour of Kysucke Muzeum - Vychylovka, take in the spiritual surroundings of Church of St. Cyril and Methodius, and take in the awesome beauty at Mala Fatra Mountains.

Drive from Liptovsky Mikulas to Terchova in 1.5 hours. Alternatively, you can take a train; or take a bus. In September in Terchova, expect temperatures between 22°C during the day and 11°C at night. Finish your sightseeing early on the 26th (Sat) so you can drive to Bratislava.
more less

Things to do in Terchova 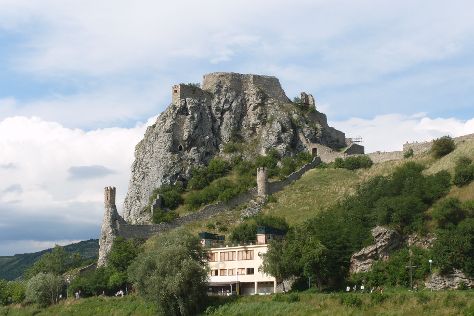 Beauty on the Danube

For other places to visit, where to stay, traveler tips, and other tourist information, use the Bratislava travel route builder tool.

Traveling by car from Terchova to Bratislava takes 2.5 hours. Alternatively, you can do a combination of taxi and train; or take a bus. In September, plan for daily highs up to 25°C, and evening lows to 13°C. Wrap up your sightseeing on the 28th (Mon) early enough to travel back home.
more less

Things to do in Bratislava